It is a timeless space, or more specifically a space that is ahead of its time, a certain promise of modernity. An islet nested on the verge of the 15th district of Paris, in front of Maison de la Radio, or the Radio House, that did not cease to grow since the fifties.

For more than a century, this space has been exploited by various industries. It is an interesting localization due to its proximity to the Seine. From 1950 onwards, the factories began to close down and be destroyed freeing the land across the years, for the utmost joy of the developers,  in a time of great expansion for the city.

From 1959 onwards a great urban planning project becomes clearer and finds its anchor in the Charter of Athenes written by Le Corbusier. The guideline of it being the creation of independent zones in space having four functions : live, work,  entertain during free hours and circulate.

The study of the project extends till 1967 through various evolutions and takes the shape of an encounter between verticality and horizontality. The tours, in order to answer the norms of the era, have to be isolated from their brackets adopting a narrow base allowing a much lesser impact on the ground. This feature will become one of the emblematic signature of the project. The horizontality expresses itself through a slab which constitute an artificial ground located two levels above the natural ground.

The construction extend from 1967 to 1979 (even up to 1990 for the last tour and the last equipments). In this set is to be found, housing tours, office tours, shopping facilities, hotels, a swimming pool, a nursery, parkings, green spaces, sports courts, a library, traffic lanes (under the slab).
Numerous tour designers take part in the project giving it a grand architectural diversity.

From the nineties onwards, the piece already suffers from a number of malfunctions and in the beginning of the 2000 the following statement is to be drawn : the slab is isolated from its environment, the commercial center Beaugrenelle has lost its luster leaving a number of spaces vacant and the piece is faced with general structural, tightness, lighting and access disorders.

To this day, extensive construction work were undertaken on the slab, the tours have been renovated (or are being renovated), le commercial center has been demolished and rebuilt in order to regenerate attractiveness.

The Front Seine is a floating islet grafted to the city with its streets, gateways, floor lamps, houses, services, offices, and schools. But in wanting to rise higher, cut itself from the rest of the world, remaining to this day, a desert, most of the time.

Since its creation (and even during its creation), this site has been sought after by shooting crews.

In the film OK Patron, shot in the beginning of the seventies, a scene is shot on the construction site. 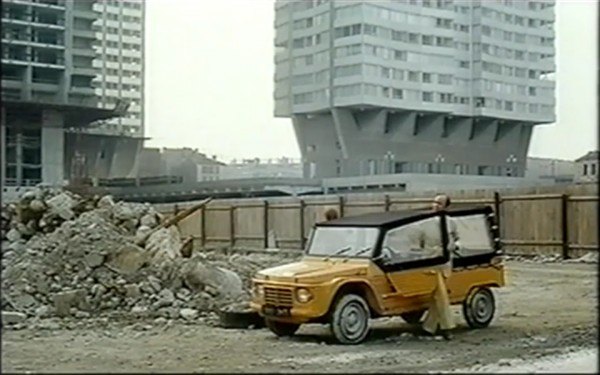 In « Peur sur la ville », Jean-Paul Belmondo jumps from a helicopter to go through a window of the Avant-Seine tour. 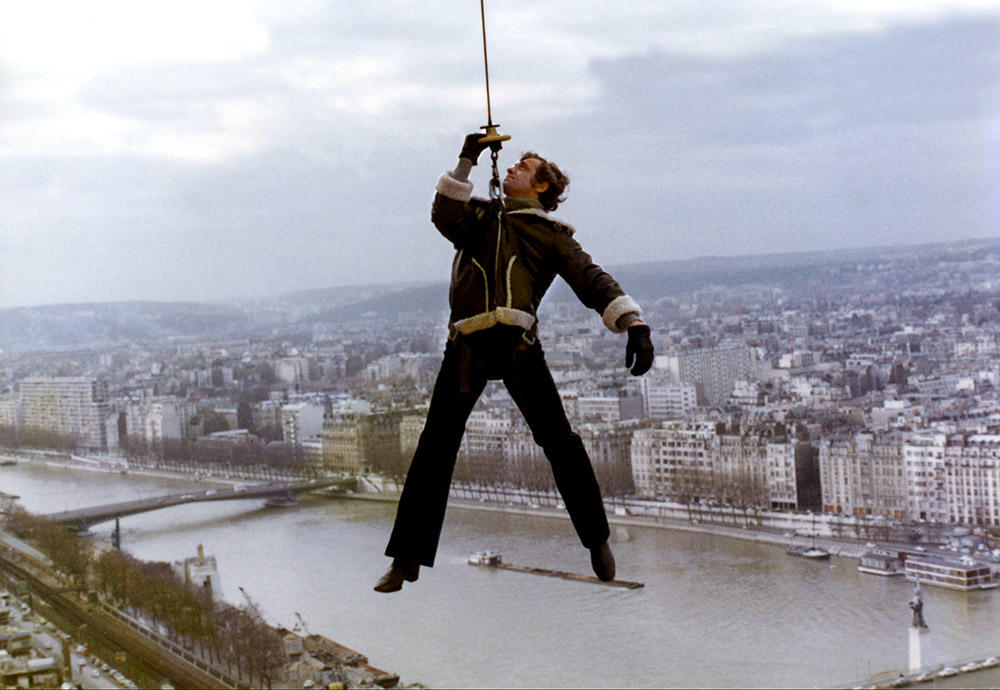 More recently, in 2015, Michel Gondry shot a clip of the track « Go » from the Chemical Brothers.

The fashion and publicity indurtries have also been seduced by this location.

In 2017, we were lucky to produce a serie of cinemagraphs named “Hermès Alchimie” imagined by Benjamin Grillon and shot by Tim Elkaim for the jewellery department of the Hermès house.

On such occasions, we have made precise scout work of the Front Seine and its surroundings. The distinctiveness of its design, colors, shapes, materials, reflections, shades, gives to this decor a singular graphical personality particularly appealing to the eye.

Its urban weaknesses are assets for the organisation of visuals takes. The possibility to park logistic vans on the downer area in addition to the lack of presence on the slab allow the teams to comfortably take place and have free scope for visual takes.

Feel free to contact us for your upcoming projects on the Front Seine, we would be delighted to accompany you along the making of your visual takes.

Enjoy a sample of our location scout!